Rhododendron, Dutch Iris, and Lupine. What do they have in common? They’re all flowers. They all bloom in the spring. Other than that, there isn’t much to connect them. However, I have each of these in my garden. Each is opening and blooming in magnificent colors. Two of them are starts which came from the home of my youth. The other reminds me of home each spring. 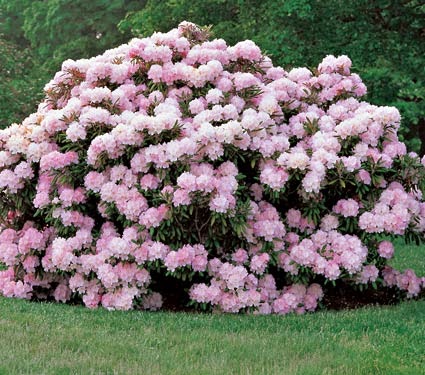 The Rhody came as a small start off one of my parent’s plants. It was crooked and looked gangly for several years, but I was happy with it because it filled a space that blocked children from running into my backyard.
The Dutch Iris start also came from my parent’s home. Their start had come from my grandmother’s yard. The passing on from one family to the next.

The Lupine is a wild flower that grows along the roadside and in pastures. When I was a young girl, one of my chores was to bring the cows in to be milked. My sister and I would pick the pretty blue stalks along with Buttercups and make bouquets for our mother and grandmother each afternoon until the flowers died away.

Each flower has taught me something about God’s love for us.

The Rhody was gangly and not shaped well, but as the years have come and gone, it’s become a large and filled out bush. One that must be trimmed from time to time or else it would become a tree. You can’t see the twisted base. It’s enlarged and become well rounded and able to hold the bush securely in place. We are much like that. We come into this world, misshaped by the fallen world.  But with the help of the Holy Spirit, our roots strengthen and we display God’s beauty.

The Dutch Iris is almost the opposite. When first planted, it flowers after only a season or two. It continues to bloom each year until the bulbs multiply so much that all the energy is left in the bulb and no flowers develop. The bulbs must be pulled apart, given some space and the flowers return. God designed us to gather together where we gain strength by the multiplying of ourselves, but eventually some must go in order for the rest to continue to bloom. Clusters generate fruit (flowers) but too many in one spot stifles growth. New areas must be found for those pulled from the original patch and they too will generate growth and fruit. 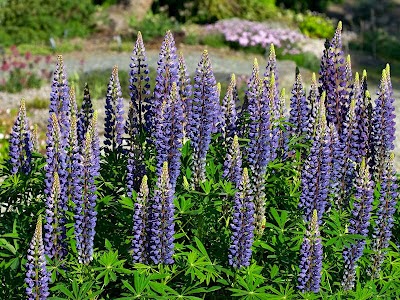 The Lupine is untamed. It can be admired from afar but as I’ve discovered, has a hard time surviving in a ‘domesticated’ garden. Propagation of seeds that will grow in a well-tended garden take time. We as God’s children were untamed, left to our own designs. But when someone came along and nurtured us, we developed into plants which can live in a garden too. And one day we will return to the Garden God created for all His children.

Are you growing in God's love? If not, why not?

“Don’t be anxious about things; instead, pray. Pray about everything. He longs to hear your requests, so talk to God about your needs and be thankful for what has come. And know that the peace of God (a peace that is beyond any and all of our human understanding) will stand watch over your hearts and minds in Jesus, the Anointed One.”  Philippians 4:6-7  The Voice 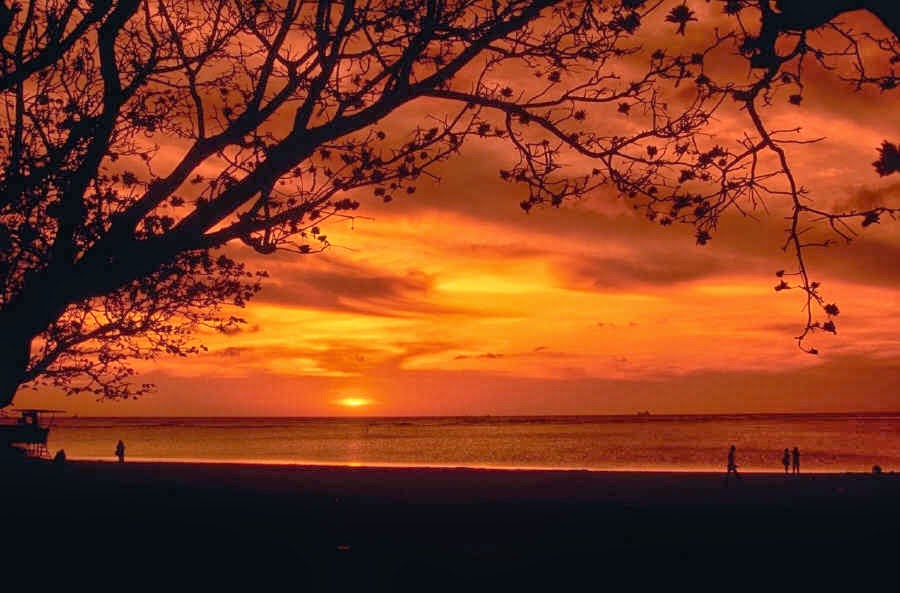 Easy words to read. Not so easy to follow. Paul is instructing the church at Philippi how to live a life that brings not only God joy, but also each person. You see when we are in a relationship with God, He is able to meet our needs. Did you notice that he longs to hear your requests? How many people do you know that want to listen to your list of concerns? Not many, I imagine.
We are assured that the peace that only God can give us is available to those who believe in Jesus. We will be protected and cared for.
There’s one more concept in these scriptures. Can you pick it out? Yes, we can go to God with anything but we are supposed to also give Him thanks for what He has already done. Giving thanks for the blessings we’ve received is twofold. It helps us to remember who the giver of all good things is. When we are truly thankful, we can begin to trust God with the current thing. Thus peace that only God can give to us indwells our souls. Anxiousness dissipates. Distractions fall away and we draw even closer to the One who created us.


It’s not easy to give up our concerns. I’m in my 60’s and I still struggle with it at times. But the older I get, the easier it’s becoming. It’s a muscle that needs to be utilized daily. Are you using your muscles?

Today is National Day of Prayer. Christians throughout the country will take time to pray for our nation. Some will hold events while others encourage their congregants to observe it privately.

The theme for this year’s day of prayer is “One Voice United in Prayer” and the key verse is Romans 15:6, “So that with one mind and one voice you may glorify the God and Father of our Lord Jesus Christ.”

Considering that Christians are not always perceived as united, this may seem an unlikely choice for a theme for this event. However, I think it is fitting. No matter our affiliations, beliefs, or social mores, we can and should all agree on the fact that we are to glorify God. The Bible tells us from the beginning that the purpose for our existence is to be in relationship with God; to make Him known to all.

Sin came into play in the Garden, but God still desired us to know, love and honor Him, and Him only. He put into place a plan to allow us that relationship through the sacrifice of His Son, Jesus Christ. If we place our trust in Him, God will receive us, right where we are and love us. Why does He do that? He wants all of us to be with Him. He doesn’t want any of us to perish.
Thus, we have only two things asked of us. Love God with all our heart, soul, mind and might and to love our neighbor as our self. If we do that, we can unite and praise God with one mind and one voice.

Our country has deep troubles. It’s always been that way. Each generation has had its difficult times. Some have been poor choices foisted upon us as a nation, while others have been out of our control. Prayer has been the only thing that has gotten us through. God desires us to put our faith in Him as a nation and as individuals. Let us draw together and worship Him and acknowledge His sovereignty today and every day.