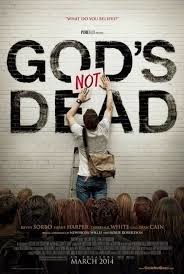 God’s. Not. Dead. That is a fact. Philosophers, atheists, agnostics, you name it, there are those who would refute that statement. However, those of us who have a relationship with Jesus Christ know that God exists! How do we explain our belief in a living, breathing God? A movie in the theaters right now helps answer some of those questions. “God’s Not Dead”, is the name of the movie. The main character, a freshman in a philosophy class must decide to ignore his belief system and write down on a piece of paper that ‘God Is Dead’ or defend his belief system to the professor and the class. Why? Because the professor is an atheist and does not want to even speak about the ‘myth’ concerning the deity of the Christian God. I will not give out any spoilers as I hope you will take the time to see this movie.
There are other characters and subplots in this movie as well. The stories are authentic and resonate with the audience. Several times there were cheers or applause by the audience.

The main question this movie poses is: if you believe in God, will you defend your faith? Even if it means flunking a class.  Even if it means destroying a relationship with others. Is the cost of being a Christian more important than anything else in your life?

If you can answer yes, go see this movie.

If you can’t say yes, go see this movie.

If you know someone who has questions about who God is, take them and go see this movie.

Do you want to help support Christian movies at the box office so that Hollywood will see there is a demographic number supporting this kind of movie fare? Go see this movie.

You will be glad you did.

Email ThisBlogThis!Share to TwitterShare to FacebookShare to Pinterest
Labels: God's Not Dead, movie 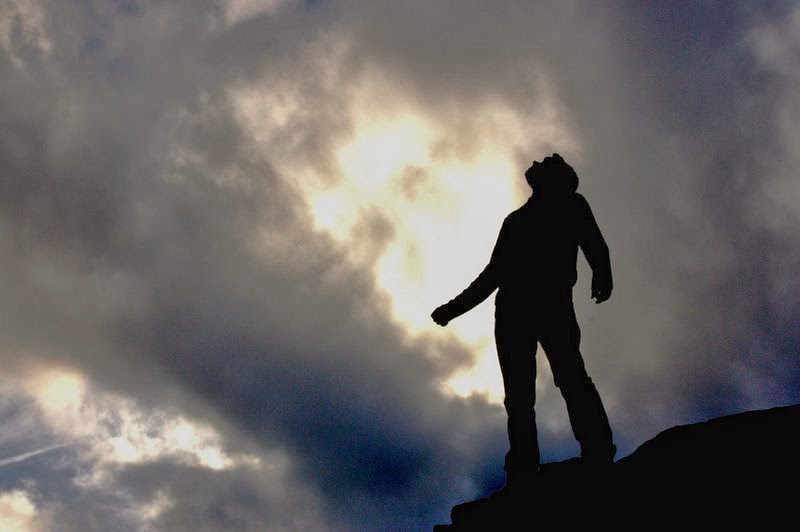 God chose Abraham to be the father of a great nation.  Through this nation, its people would show the rest of the world who God was.These people were the Hebrews, (Jews)  but as we have seen as we study the Old Testament, the Jewish people made poor choices. When they had a strong leader who followed God's directions, they followed. When their leaders were weak or self-absorbed, they went their own way. Even though God disciplined His people from time to time, He was very patient. Long periods of time would go on before He acted, but eventually He would allow another nation to drive them into exile. Some never came back to the Promised Land. Two or three generations would pass but God always returned them to their rightful land and they would rejoice and praise and worship God... for a time.

Now we might snicker at these people of centuries ago, but we are no better. We praise God when it's convenient or when things are going well for us. However, if we  don't spend time with our Lord through prayer and study of the Bible, we too, will drift away.

Did the Jews fail? Yes and no. On a human level they did, but God continued to use this group of people to draw others to Him. His plan was to send a Redeemer, which He did: Jesus Christ. His main mission was to show the character of God to the people around him. And to be the ultimate sacrifice for all people's sins. The first followers of Christ were Jews and for awhile the completion of God's plan remained in Israel, but as was God's plan all along, these new believers spread out into the rest of the world, taking the message with them. The message God had desired all along. God desired a relationship with each of us if we would only put Him first and worship Him and only Him.

All we have to do is receive His free gift of redemption; the blood of Christ shed for my sins and your sins. And to follow Him to the best of our ability. Are you following after Him? If not, would you like to? Contact us. We'd love to share His plan with you.