What Does Christmas Mean to Me and to You?

I was asked to share at our Christmas Eve service what Christmas means to me. This is what I shared:

Christmas has meant different things to me over the years. As a child, wondering what was in the packages under the tree was the most important thing. In fact, I would begin to wonder shortly after Christmas what the coming year would bring.

Along with that were the excursions with my parents to see the decorated houses. We’d drive to see Portland’s Petticoat Lane and other neighborhoods which decked the outside of their homes with lights, carolers, and other festive items. And of course there was the excursion into our wooded property (or our neighbors) to find the perfect tree.
When I married and began a family, the fun was in finding just the right gift for each of the children and then watching them open them on Christmas morning. And let’s not forget all the cartoons; Charlie Brown, the Grinch, Rudolph etc.

There were the Christmas programs, here at church and also at school which I watched with delight as each of our children performed their parts; and I treasure all of these memories.

However, I realize that as much fun as all of these traditions have been; the hurry scurry of preparing and shopping for the day of celebration sometimes kept me from truly experiencing what Christmas means.

I have come to realize the most meaningful aspect of Christmas for me, is the time spent reflecting quietly on how much God loves all of us. The lighting of the advent candles each Sunday, culminating in this Christmas Eve service slows us down for a brief time to truly contemplate what Christmas is about: God knew from the beginning he’d send His son someday to live among His people. That day over 2,000 years ago, God interrupted the comings and goings of all living creation and slipped Himself into our world. The purpose: to live amongst us, experience the world He created, to eventually share His love through His words and actions and then allow Himself to be sacrificed, to pay the ultimate price for our sins, so that we could be reconciled to the Holy God.

And that is what Christmas means to me.

What does it mean to you? Please share your thoughts. I'd love to hear what you think.

Christmas is less than a week away as I write this. Does that stress you out?  When God interrupted the world and inserted His son into the mix, did He desire for all of us to be stressed? I don’t think so. His plan was to place the Savior into this chaotic and messy world to bring peace and joy.

Look at how crazy Black Friday has become. Instead of strolling shops and musing over items that might bring another happiness, people shove and elbow their way through throngs trying to get that one item which will be ‘The Gift’ of  all Gifts,  but each new year brings a new flood of gifts to be ‘The Gift of all Gifts’.

Don’t get me wrong. I like giving and receiving gifts as much as the next person, but when we allow the commercialism of the season to take control of us, we run the risk of forgetting the best Gift of all. Nothing can fulfill us except the Presence of the Holy Spirit living within us. We only receive the Holy Spirit by accepting Jesus Christ as our Lord and Savior.

God gave us the best gift of all, His Son. John 3:16 states “For God so loved the world that He gave His only begotten Son, that whoever believes in Him should not perish but have eternal life” and Romans 6:23b says “but the free gift of God is eternal life in Christ Jesus our Lord.”
Thus any and all gifts we receive from others or that we give to them, will never last. Only the gift God has given us and that we accept, will last forever.

Have you accepted God’s Gift?

I really enjoy the Christmas season but sometimes I become frustrated with all the commercialization and craziness that surrounds it. I read this essay today and it kind of summed it up for me. I hope you enjoy. I always appreciate receiving your thoughts on the topics I write about. 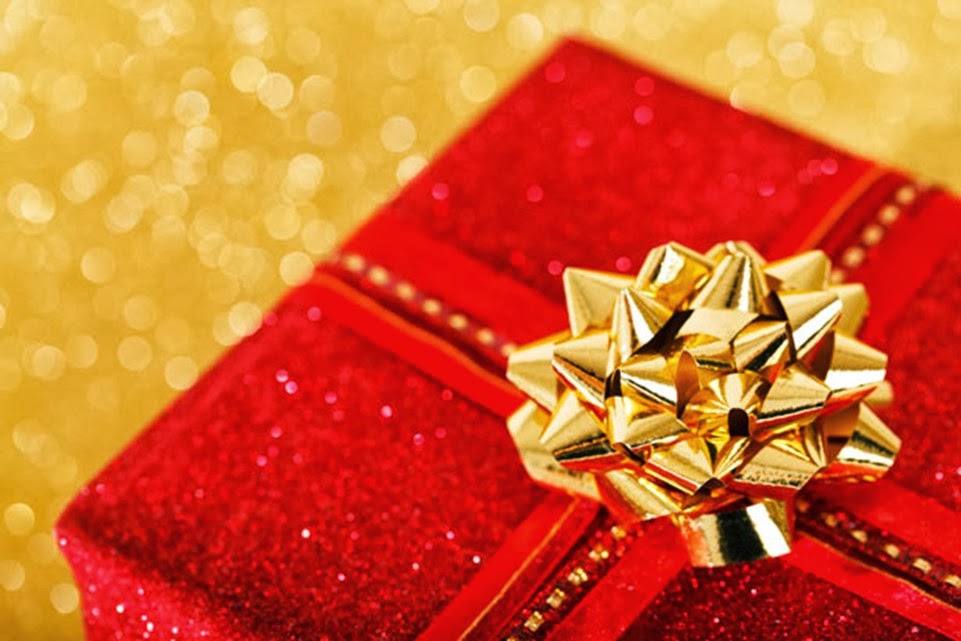 Whose Birthday Is It, Anyway?

"In the Land of Puzzling Tales, there lived an eight-year-old boy by the name of Jason.
Now in this land and in the neighborhood where Jason lived, the unexpected always happened.
Instead of football they played kneeball; instead of the children "going to school" the teachers were busy "going to homes." In the summer time, it was not uncommon to see water freeze and in the winter time to see leaves on trees. It was a funny, strange place.

One incident in the Land of Puzzling Tales stands out. When it was time for Jason's ninth birthday, as usual, the unusual happened.

Jason's grandparents came from their home across the country to help celebrate, but of course, when they got to Jason's neighborhood, they went immediately to the Browns' down the street and visited and stayed there.

When Jason's mother baked the birthday cake, she gave it to the letter carrier to eat.
And when all the neighborhood kids heard it was Jason's birthday, they exchanged gifts with one another and, of course, Jason got none.

There was a blizzard of birthday cards. The post office had to hire extra workers and work longer hours to handle the deluge of cards. Of course, in the Land of Puzzling Tales, the expected was the unexpected, and all the kids, the moms and dads, grandparents, and even a couple of dogs and a parakeet got cards, while poor Jason got none.

Finally, at about nine o'clock, in a fit of frustration and anger, Jason went out of his house, borrowed the school cheerleader's megaphone, rode up and down the street on his unicycle and shouted at the top of his lungs, "Whose birthday is it, anyway?"

But it is Jesus' birthday! Jesus ought to receive the gifts. Jesus said, "Inasmuch as you have done it to the least of these my brothers and sisters, you have done it to me." We give to Jesus when we give to the poor, the weak, the hungry, the homeless, the refugees, the prisoners.

It will be a great birthday celebration when God's people begin in earnest to give once again to Jesus. For after all, it is his birthday, isn't it?"

“On another occasion, Jesus spoke to the crowds again. Jesus: I am the light that shines through the cosmos; if you walk with Me, you will thrive in the nourishing light that gives life and will not know darkness.” John 8:12

This verse comes from The Voice a new translation of the Bible. I found this particular verse to be clear and concise, making clear what Jesus wanted known about Himself.  He first states who He is and then tells us why we should walk with Him.

There are no hoops to jump through, no set of rules and regulations of how to ‘do’ religion. The reason for that is because Jesus is not a religion. He is the Person who desires a relationship with each of us. He wants us to share our ups and downs and everything in between with Him. He gave His life for us so we could be in relationship with Him and His Father. It’s as simple as that.

Are you walking with Jesus? If not, would you like to know more about Him?

We are all seekers. Come and seek with us.