Thanksgiving is a day set aside for giving thanks to God for all He has given us through the year. We acknowledge Him for His provision of all our needs.

Wait, wait,  that's not what Thanksgiving is about! No, it's about planning what I'm running out to get at 6 AM on Friday, no, it's midnight, oh wait, it's 6 PM on Thursday.

Forget the shopping! It's about all the football games on TV. I've got my big screen set ready to go with the remote close by and for heaven's sake don't disturb me while the Big game is on. I might miss the play of the game.

Come on both of you...help me set the table with all the fine china, silverware and don't forget to put the place settings in the right place. We can't have my Aunt Harriet next to your dad's  Uncle George. You know how they dislike each other. And keep your fingers out of the olives!

I realize I might have stepped on a few toes here. The last 50 or 60 years have changed the way we celebrate the holiday of Thanksgiving. It used to be a day for families to draw together, slow down and appreciate each other and share a meal together. Now it seems to be about the frenzy of shopping for the best buys on everything from toys to computers. It doesn't  matter if you elbow the person next to you to get that precious item which will be obsolete next year. And does pushing your loved ones out of the way so you can see the football game mean anything a week or two from now?

Frankly, I don't care as long as you keep your fingers out of the olives...until I've had my three or four!

Wishing you and yours a blessed day of giving thanks to our Lord and Savior!

Today the skies are blue and the air is crisp.  I love days like this. It’s bright and invigorating. However last week about this time, the gray clouds poured copious amounts of precipitation down upon our heads. I was driving to work one of those sodden days when I experienced a moment of sheer panic. The main highway I travel has an off ramp from the local freeway. This creates four lanes for a brief space of time. I was driving in the middle lane with a car on either side of me.  The road was unable to handle all the water and so there were places where the road had a stream of water laying on it. Two cars, one on either of me and myself went through an area where all this water lay. There was no place for any of us to go to get away from it. The water splashed up from both sides to inundate my window, leaving me totally unable to see anything in front of me. I knew there’d been a car in front but I’d slowed down to give it more room due to the weather conditions. But now I wasn’t sure if that car had slowed down as well. My foot left the gas pedal immediately and I prayed I wouldn’t hit anyone in front of me.  It seemed like an eternity passed, but in fact, was only a few seconds, before my windshield wipers were able to clear all of the water from the window. Needless to say, nobody was hurt or car damaged. I lifted up a prayer of thanksgiving and continued on to the church.

Sometimes things happen in our lives that overwhelm us, just like the water on the windshield incident. We are so inundated with emotions that we aren’t sure what to do. It may seem like an eternity, (to us) but in reality it may only be a moment in time (seen through God’s time). We must release our foot from the pedal and try our best to pray for God’s leading and provision.

I found this quote and it seemed to fit:  "Each moment you can choose to practice His Presence, or to practice the presence of problems!" AUTHOR Unknown

It’s easy to choose to practice His presence during the good times, it’s not so easy when we’re overwhelmed by life’s problems.

But then again, that’s why it’s called practice.

The more we practice, the better we become.

Are you practicing? I’d love to hear how you’re doing.

To Give or not to Give...Thanks 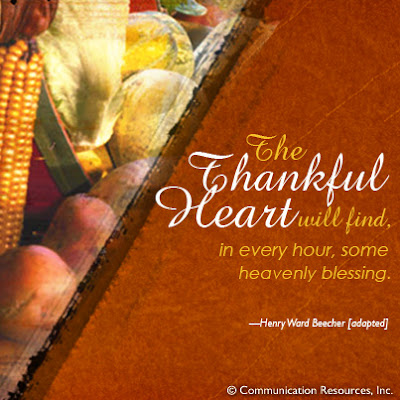 'Tis the season to be thankful. We see it everywhere we go. Shopping malls and TV ads, books abound with ways to decorate for the season, and even on Face Book many write about the people and things they are thankful for. There is nothing wrong with this. It’s good to remember the blessings God has given us. In my humble opinion, we should find something to be thankful every day of the year, not just during the season preceding Christmas.

However, how many of us are thankful for the car that breaks down on a cold winter afternoon as dusk is falling? What about the dishwasher that overflows a few days before a large family gathering at your home? Or an argument you’ve had with your spouse? I don’t see many of these type of things shared or spoken about. Maybe the one about the spouse is too personal and shouldn’t be shared but there are times when the one we love the most might drive us nuts and still, we should be thankful for that person.

Philippians 4:6 says this: “Be anxious for nothing, but in everything by prayer and supplication with thanksgiving let your requests be made known to God.”

Much of what goes on in our lives might not be things we would normally be thankful for, but we are encouraged to find something in every situation to be thankful and to give it to the Lord.

What are you thankful for today?

Email ThisBlogThis!Share to TwitterShare to FacebookShare to Pinterest
Labels: giving thanks, Philippians 4:6 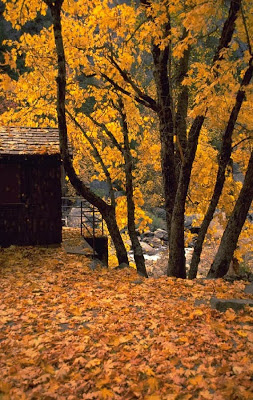 We are nearing a third of the way through The Story, the 31 week program of reading through the Bible chronologically. It is written in narrative form so not every story in Bible is mentioned in it's entirety but the more important ones are. This last week we read about the judges during the early years after the Israelites moved into the Promised Land.

These judges weren't exactly like the ones we have now. These people did not necessarily make decisions about property rights or decide cases about murder, etc. They were men and, in one case, a woman who stepped forward to lead their people. They weren't necessarily the smartest or richest people either. The one thing they had in common was their desire to follow God's direction. Gideon was a farmer, Deborah was a prophetess (which meant she communicated with God or had special knowledge from Him).Samson was raised to give his life to God but basically felt he was more special than he really was and could do whatever he wanted. These three and many others led the people for a time and all would be well, but then they would die and the next generation would fall away from God and do as they pleased. Countries would over come them, oppress them, and the people would cry out for help. And God would answer with a new judge. Over and over again this happened.

Two nuggets of truth came forth for me as I studied the judges. God will use anyone willing to submit to Him wholeheartedly, man or woman. And God never forsakes us. He is always near and desires us to call upon Him. It comforts me to know God can use me as a woman to do His will and that he will never leave my side.