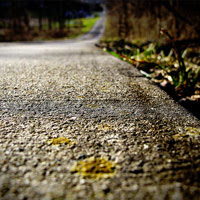 My son, pay attention to what I say; turn your ear to my words. Do not let them out of your sight, keep them within your heart; for they are life to those who find them and health to one's whole body. Above all else, guard your heart, for everything you do flows from it. Keep your mouth free of perversity; keep corrupt talk far from your lips. Let your eyes look straight ahead; fix your gaze directly before you. Give careful thought to the paths for your feet and be steadfast in all your ways. Do not turn to the right or the left; keep your foot from evil.  Proverbs 4:20-27

The words spoken in these verses are forthright and need no interpretation. If we would follow the instructions provided by God, many of our problems would never occur. It is the focus of our heart’s desire that sometimes causes us problems. Our five senses: sight, hearing, touch, smell and taste allow us to understand the world around us. God created them for that very reason. However, we are allowed to choose what to look at, to hear, to touch, etc. When we choose to follow God and keep our focus on the things of Him, we will never fall. God also gave us His word, the Bible. Throughout the Bible we are given instructions on how to conduct ourselves. We are given information so we can make good decisions which produce good fruit. It also provides examples of what the consequences can be if we do not follow God’s ways .


God knew we’d fall from time to time but He provided a way to return to Him through His son, Christ Jesus. Halleluia!

Which Way Do I Go?

This bit of scripture made me think of a poem by Robert Frost, one of my favorite poets of all time.

A few weeks ago, I wrote about the choices we make. When I read the scripture from The Voice translation it reminded me of this poem. The last verse in the poem alludes to the decision made in the past. We don’t really know if it was a good choice, we just know that it ‘made all the difference.’ As much as I love reading this poem, God’s instruction in the verses from Matthew gives me a better idea of which path I should  take and what the consequences will be if I choose incorrectly. It’s not always easy to take the less traveled path, the one that’s not as well populated, but I do trust God’s word and so I will continue to travel His path.

Are you searching for that path?

To Dad with Love 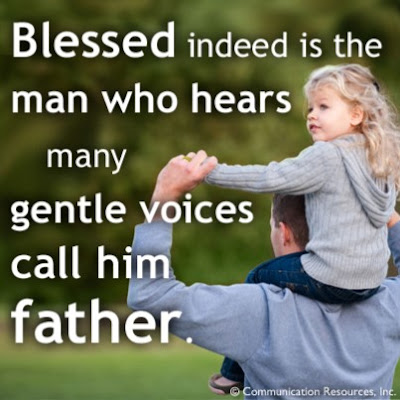 Father’s Day is just around the corner. Some of us will spend the day honoring the man who poured his life into ours, while others will have to be content with their memories. Those of us who grew up during the late 50’s and 60’s will remember the fathers from family sitcoms, “Leave it to Beaver”, “Father Knows Best” and “Ozzie and Harriet” to name a few. Then there was Pa Ingalls on “Little House on the Prairie who was firm but very loving to his children. Each of them were wise and had sound advice for their children. However, that was TV and not real life.

Some fathers have been negligent, abusive, cold and aloof or totally absent from their children’s lives. Sometimes dads have had to make hard decisions about the care of their children due to circumstances beyond their control. Perhaps they had poor models in parenting themselves and struggle in raising their families. Whatever the case, it is not easy raising children.

I always cry because I would love to go back to see my dad before he became my father. I might understand him better if I could truly understand what he went through as a boy growing up during the depression. The moving around to different pieces of property due to increases in rent, or relocating because of the scarcity of jobs. His parents were in their thirties when they married and his only sibling was born with Down’s Syndrome and had other health problems. He began finding odd jobs to help the family income when he was 7 years old. How did all of these things affect his view of the world? He gave his own plans to stay close to his elderly parents and brother, so that when the time came he’d be able to take over his brother’s care.

We knew he loved us. But it was hard to show that love except by making sure we were cared for in material things. He never wanted us to need basic things like he’d had to go without in his childhood. His job was to provide, not have fun with us.

Today is like any other day for most of us. But today marks the day in 1944 which began the beginning of the end of Nazi oppression and terror reign on most of Europe; D-Day. It didn’t come easy. This day had been in the planning stages for a very long time. Three countries took it upon themselves to begin the arduous task of liberating millions of people from the maniacal Hitler-led forces. Russia had been asking for over two years for help. If the Nazi regime had another area to defend, Russia could work from the east to help in the cause. The United States, Canada and England answered that call and began the task of creating a coalition of military minds to work in concert together. They would invade the beaches of France, causing the Nazi war machine to divide its attention between two fronts.

Many lives were lost; sacrificed to liberate France and then the rest of Europe. But it wasn’t just brilliant military minds, the cooperation of several countries, or the actual physical push of thousands of brave men who stormed the beaches that day. There was also the power of prayer at work; both among the military and the people at home.

“…Your task will not be an easy one. Your enemy is well trained, well equipped and battle hardened, he will fight savagely… I have full confidence in your courage, devotion to duty and skill in battle. We will accept nothing less than full victory!...Good Luck! And let us all beseech the blessings of Almighty God upon this great and noble undertaking.” ~Gen. Dwight D. Eisenhower
Let us never forget.
Blessings,
Anna