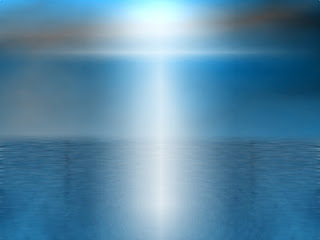 Last week I shared about a young woman’s desire for freedom. She thought it was all about leaving home and heading into the world. Yes, she did make a lot of decisions for herself. She did, however, rely on her parent’s wisdom from time to time. Accepting their ideas and then going forth with more information, but ultimately making decisions for herself.

But was she really free? Weren’t there constraints, boundaries and expectations imposed by society? Of course there were. Then how could she really be free? She searched most of her life before finding that freedom.

She found it in following Jesus Christ. But aren’t there rules, regulations and a multitude of rituals involved in Christianity, you say? Perhaps, but true Christianity is not about any of that, it’s developing a relationship with the Son of God.

What about free will? Yes, God gave us free will. We can choose to believe, obey, trust and have faith in Him, or we can choose to not. The decision is ours. He loves us just the same. His desire is for all of us to return that love to Him, however.

But choosing to believe, obey, trust etc. is soooo hard. Yes, it is, at first, but each experience we have allows us to grow deeper in those areas. It doesn’t happen overnight, in fact, it takes a life time. But this writer has discovered there is nothing else worth having in life. Not material things, not personal wealth or popularity. It will all disappear someday, but the relationship with God will go on forever and ever.

Do you desire that kind of fulfillment? Do you desire true freedom? I’d be glad to introduce you to the Creator of the world and His awesome Son and the Comforter who will walk with you every step for the rest of your life. 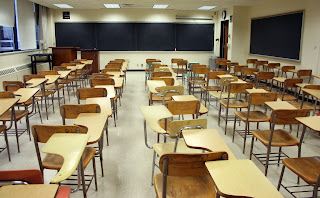 The English teacher peered around his classroom. They were a typical group of seniors dealing with the last few weeks of their high school careers. Most had ‘senioritis’ so bad, they barely paid attention in class. Today was the day, he decided.

He called for their attention. “Today, I want you to take some time and think about a word that resonates with you.”

The students gazed back at the teacher, puzzled. The man smiled. Each year this request always brought about the same response. One student raised his hand, ‘Just one word?’

“Yes, just one word. I’ll give you some time to think about it. But in about ten minutes all of you will come forward and write that one word on the blackboard.”

Quietly the students complied and when the time was up, each went forward and wrote a word on the board. One young woman went forth and wrote the following word, ‘freedom’.

You see, this young person, like so many of us, desire to be free. Free from rules and regulations at home. Free to make up her mind about anything and everything. She wasn’t a rebel, but she was ready to explore the world and try her wings. And try them she did.

She discovered freedom isn’t what she thought it would be. Not that she wanted to do wild and crazy things, because she’d been taught better than that. But she thought she wouldn’t have to be connected to others in the same way that she’d been connected as a child and young person. But once loosed from the nest, she realized she wanted and desired relationships.

She loved her family but that didn’t fulfill the yearning in her heart. Even the young man she fell in love with and eventually married couldn’t fill every nook and cranny of her heart. Her search led  to God and there she found the missing link. Once in place, freedom looked and felt different.

What do you think freedom means? Do you yearn for freedom? Please share your thoughts on this topic. I will share more on this topic next week.

The Love of a Parent


Parenting is not for the faint of heart. It wasn’t when I was a young parent and certainly not now in this generation. Things were different when I had my children. They were different when I was a child being raised by my parents. Each generation has had different problems to sort through with their children. Some of it was the culture the parent had grown up in as opposed to the culture the children were growing up in. The forms of technology, yes, every generation has had technology, whether a tiny slate and chalk, a pencil or the computer. We had ways of communicating and learning that was probably different in some way from the preceding generation. The social mores of each generation has changed, often a pendulum effect that affects the way the generations react to them.

I imagine that every generation has spoken the words to said parent ‘You don’t love me!’ when told they told they couldn’t do some activity or outing with their peers. To which, said parent probably replied, ‘If I didn’t love you, I’d let you do whatever you want!’

What does this have to do with God? God is the Creator, but He is also our Heavenly Father. Since the beginning of time, He has instructed His children in the way we should go. Do we always listen? Noooo. Do we sometimes say to Him ‘You don’t love me or you’d let me do______.’

Parents want the best for their children. God wants the best for us, His children. We worry and fret about our children, especially as they move into their teen and early adult years, because we can’t keep them safe and out of harms’ way. We pray the instructions and guidelines instilled into them will keep them safe, but there’s always that fear that they will be swayed into making bad choices.

God, too, is concerned about each of us. Will we be swayed from what we know to be true, to take a detour which might cause us much sorrow?

The older I grow, the more I understand God, the Father and the concerns he has for each of us and how He yearns for us to follow Him. I’m thankful He set down guidelines and instructions to show His love for me because I know He truly, truly loves each of us. 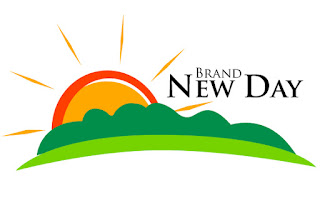 Have you ever received good news from someone and been told you couldn’t share it? That’s happened to me a few times in my life. It drives me nuts because I want to share it with everyone I know. But I can’t. So I try to shove the information to the back of my mind and pretend I never heard the news in the first place.

Thankfully, when I heard the Good News of Jesus Christ, I wasn’t told I couldn’t share it with others. In fact, we’re told to share it with everyone we come in contact. Not just our friends and families, but EVERYBODY.

But do we? I don’t mean standing on street corners yelling at the top of our lungs, although some might be called to do that. But we can intentionally beam with happiness, smile at the people around us; give a helping hand to those we come in contact with. Glow with the love of Christ to each person we come in contact with. If they are someone we see on a semi regular basis, they might begin to wonder why we seem so content and together. They might just ask and then you have your opening to share. Don’t be preachy or pious sounding. Be genuine and authentic about your struggles but that Jesus Christ is your Lord, Savior and Friend. Maybe that person will be glad and accept the free gift of salvation and then they will have Good News to share!

Letting go is never easy. We are creatures who gather things…and people to ourselves. It seems like we spend most of our life acquiring material goods. This isn’t a bad thing. We need certain items in order to subsist. We join together and create families and children join the circle. Friendships are made and acquaintances are forged through work and play. Connecting, and being connected, is inherent to our well being. We were created to develop these relationships. However, relationships do not remain constant. Movement amongst people changes situations. Jobs change, people move, friendships are broken, lives cease to exist in this realm. Some struggle more than others when these changes occur.

Watching a baby take its first steps is joyful, but seeing that same babe move to another town, state, or country may be torturous at first. The relationship is the same and yet it’s completely changed. There is only One who never changes and in His word, He tells us ‘He will never leave us or forsake us.’

He created us to desire relationships. He knew some of the connections would not stand the test of time. Ultimately, we all cease to live at some point and leave behind loved ones and friends. Only He remains with us through it all.

As you begin a new year, consider your relationships. Are they in great shape? Do they need mending? Is God involved in your plans, or rather are you involved in His plans?